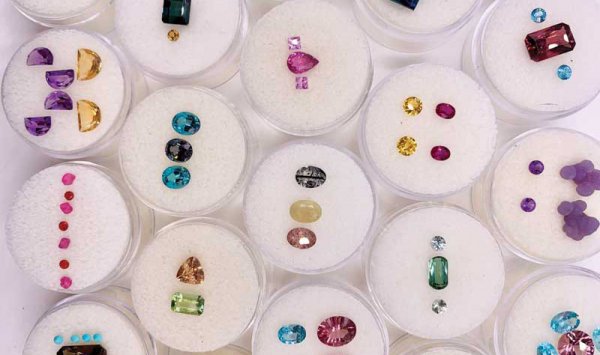 As years go by and generations progress, jewellery is sure to stay constant in our hearts. Further, while styles might evolve and trends may shift over time, colour remains an everlasting embellishment, adorning the precious valuables we hold so dear.

Likewise, coloured gemstones undergo continual change as jewellery techniques grow bolder and more intricate. Indeed, with the help of modern technology, we are seeing crafting methods unlike any seen before. Despite these advances, however, the overarching goal of a jeweller remains untouched: to create pieces invoking inspiration and sentimentality.

Assisting a jeweller’s aim to produce lasting jewellery is the collective embrace of longstanding traditional wear, such as signet rings, bridal and engagement jewellery, bespoke pieces, and more. Thus, while customs and trends may change over time, these treasures endure.

Among these traditions are birthstones assigned to each month of the year. These gemstones are largely considered a physical representation of a person’s period of birth, be it for the month, a specific day of the week, or for a zodiac sign (the latter two are less common than the month of birth). These stones, ranging in hues, are typically worn in jewellery and can hold special significance to those who wear them.

Generally speaking, customs assumed to be modern traditions almost always end up being the offspring of an older story. Additionally, while sources may differ and speculation might be as deep as oceans, most legacies tend to agree on a few things. The history of birthstones is no different.

It was around the eighth or ninth century when religious texts first described the practice of inscribing the name of an emissary of the cause on a gemstone (one name for each month so the practitioner would wear one at a time—12 stones to keep in total).

When it comes to wearing a gemstone specific to one’s own birth month, however, the Gemological Institute of America (GIA) traces the origins of the practice to Germany in the 1560s; other modern researchers place it later in history.

You May Also Like  The cutting edge of quality: Bullion Mart keeps customers ahead of the game 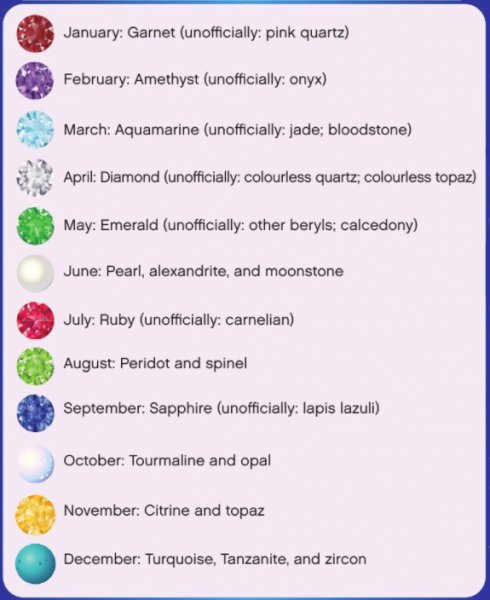 In 1912, Jewelers of America (JA) established a modern list of birthstones, both to standardize the process and create a new buzz in the jewellery world (similar to what Tiffany & Co. did for diamond and Tanzanite). This chart was, for the most part, accepted globally. Of course, other industry groups created their own versions—one example is Britain’s National Association of Goldsmiths, which created its own standardized list in 1937.

Since its formation, the chart has seen some modifications, albeit rarely; gemstones such as alexandrite and citrine have been added (for June and November, respectively), while others have switched months or been removed and replaced. Tanzanite, for example, was introduced in 2002 for the month of December, while spinel, added by the American Gem Trade Association (AGTA), came along in 2016 as a birthstone for August (joining peridot).

To speculate, spinel may have been incorporated in an effort to bring the gem to the front of the market, as it had long been considered a bringer of bad luck. Widely unknown among consumers, spinel was also often confused with ruby, making it an option people didn’t tend to purchase by choice. However, considering spinel is a hard stone available in a wide spectrum of colours (e.g. sapphire blue, ruby red, cobalt blue, purple, pink, etc.), the choice to bring it forward was certainly a good one.

“At certain moments in history, when there is a strong call from gem enthusiasts to expend the list of official birthstones, Jewelers of America believes in recognizing the importance of historically significant gemstones and giving gemstone-lovers a choice that suits their preferences,” said JA president and CEO, David Bonaparte, of spinel’s addition.

Indeed, as traditions change, we, too, evolve with the trends.

While there are a few lists available to us, I will discuss the most popularized and recent collection, which was created in the United States in 1912 and not modernized until 2020 (as well as some unofficial gemstones often used and referenced).

You May Also Like  Pretty in pink: How origin reports for pink diamonds may affect their valueBridal and birthstones: A match made in heaven?

You might be wondering what possible relationship birthstones could have with engagement rings.

Simply put: the continual changes we bring to our traditions.

More and more people are experimenting with the different options available through coloured gems. Indeed, while birthstones have always had their place in family rings, necklaces, and earrings, the trend of coloured gemstones in engagement rings has enjoyed a rise in popularity in recent years (even becoming as in demand as our beloved diamond). In turn, the everyday consumer has started to explore what can be achieved with beautiful, unique, and often personal birthstones.

With jewellery, the online world offers shoppers endless options, but, when it comes to a special, timeless piece, people crave personalization and symbolism. For some, an engagement is not enough anymore; they want their ring to have more meaning behind the stones, a narrative. They want to be able to tell the tale of their ring to their friends.

Fortunately, this is a story we can sell. The ability to offer birthstones as options in bridal and engagement rings is just another facet of the trade we can polish. While most jewellers have already done it—some without thought—the idea of featuring a coloured gemstone as the centrepiece of an engagement ring was fairly uncommon until just a few years ago (unless, of course, you count the golden years of the sapphire and diamond spree). Alas, as with every trend, we have to evolve with our clientele.

When talking about coloured gemstones, one has to know how to take care of them. Something so precious represents the state of a relationship one has with jewellery and their spouse alike. More than anything, clients should understand a stone’s durability (hardness) and cleanability have a significant impact on how well a gemstone lends itself to a specific piece (pearls, for example, are a risky choice for engagement rings due to their fragility—sorry, June babies!).

Some good options for engagement rings (and rings in general) are topaz, corundum (e.g. sapphire, ruby), beryl (i.e. aquamarine, emerald), diamond, garnet, alexandrite, spinel, and amethyst. These gemstones all have a hardness of at least 7 on the Mohs scale and are considered some of the most durable gems on the jewellery market. Unfortunately, moonstones, opals, turquoise, and Tanzanite are, like the pearls mentioned above, not among these. Zircon is also considered durable, but not tenacious; for that reason alone, I would be careful when using it in a ring expected to be worn every day. Cleaning jewellery, no matter the value of it, is taking care of your heritage.

The chart below will help communicate care tips to clients. (Also included are some tips for the bench jeweller!) 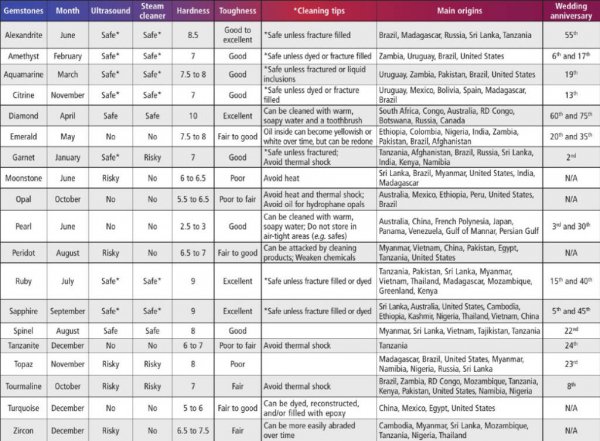 Lauriane Lognay is a fellow of the Gemmological Association of Great Britain (FGA), and has won several awards. She is a gemstone dealer working with jewellers to help them decide on the best stones for their designs. Lognay is the owner of Rippana Inc., a Montréal-based company working internationally in coloured gemstone, lapidary, and jewellery services. She can be reached via email at rippanainfo@gmail.com.