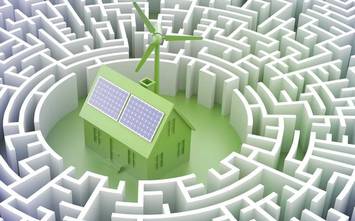 The segment is seeing big growth during the pandemic, but a host of reasons — including governmental missteps — threaten to dim it

Rooftop solar, long regarded a laggard, has picked up during the pandemic in a surprising development.

In 2019-20, capacity additions in this segment totalled 719 MW, against the targetted 1,000 MW. Nearly 60 per cent of the cumulative RTS installations has come in the last two years.

Second, the pandemic-engendered video-conferencing made communication quicker and cheaper — stakeholders could interact more frequently, sort out issues. Third, the pandemic forced people to look at costs — RTS was a cost slasher.

Also, people are no longer making a distinction between a solar plant on the roof and one on the lawn or backyard. RTS has pretty much come to mean on-premise; indeed, a Ministry of Power notification on consumer rights erases this distinction. So, when you have an RTS-sized solar plant on the ground, you could bring in trackers.

What does the future hold for RTS? Opinion is divided, but nobody disputes the potential. It is “easily” 125 GW in India, said Ritu Lal, Vice-President, Amplus Solar, a company that sells solar energy directly to customers, in a recent webinar organised by the consultancy JMK Research and Analytics. Karan Chadha, who heads business development at Fourth Partner Energy, says the company has a “healthy pipeline” of orders.

Shriprakash Rai of AMP Energy points to the compelling economics of the ‘opex model’, where a solar company puts up a plant at its cost on the customer’s premises and sells him energy at agreed prices. The customer can buy solar electricity for ₹3.50–3.80 per unit, substantially less than what utilities charge. Module prices are now rising and, correspondingly, tariffs would too, by 35-40 paise, but that is still attractive.

Damani differs. He foresees a crash in the market. The economics of RTS were always compelling, so why didn’t the market do well in the previous years, he asks. Damani told Business Line that with the rise in module prices — currently at ₹35-37 a watt — there would be resistance. Also, the second wave of the pandemic is worse than the first, hampering installations more.

Next year, a 40 per cent basic customs duty on imported modules will kick in. The large-scale solar projects will be able to pass on the costs through higher tariffs, but RTS will be stuck.

As is well known, state governments (which own most of the utilities) don’t like RTS because it takes away their better-paying customers. The utilities, already in financial distress due to legacy issues, bleed more with every new kW of RTS. They have consistently discouraged RTS, holding back approvals and disallowing net metering. Net metering lets the RTS owner take credit for surplus energy transferred to the grid — without this, solar plants may not be viable.

The Ministry of Power made matters worse last year with its draft ‘rights of consumers’ rules, recommending the far less remunerative gross metering instead of net metering. While the Ministry’s rules are not binding on states, the latter have taken them as a cue to further discourage RTS, observes Ritu Lal.

Only a fall in storage costs can come to the rescue of RTS. When ‘RTS-plus-battery’ becomes affordable, an RTS owner needn’t depend on the utility to buy surplus energy, which can instead be stored in the battery for later use. Experts say that while people are evaluating RTS-plus-storage, it is still some years away.