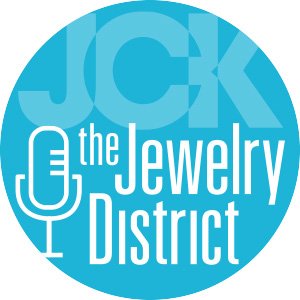 
Show Notes
00:30 Victoria questioned luxury brands about their opinion on technology in the industry.
6:55 Victoria wonders whether jewelry will eventually become all digital.
13:30 Rob and Victoria discuss Tiffany’s new engagement rings for men and why these are different from previous men’s engagement pieces.
19:36 Rob explains what’s going on with the sanctions on Burma and what they mean for you.

Resistance to Technology in the Luxury Space

We’re living our lives in the digital sphere more than ever, but the question remains: Will our future be digital? Victoria explores the intersection of jewelry and the digital world, especially in the luxury industry. When Victoria reached out to leaders in the jewelry industry for comment, very few responded. A woman from Boucheron was one of the few who did respond, and she and Victoria spoke about AI, 3D printing, and more. Victoria explains the collision between high jewelry and mass jewelry and what she sees as the democratization of jewelry, largely due to the development of our online world.

While she was researching this topic, Victoria spent time thinking about a world in which jewelry is primarily digital. A digital world of jewelry could mean we all have avatars and digital skins, but it could also mean owning digital-only jewelry. Victoria and Rob briefly discuss NFTs (non-fungible tokens). NFTs are driven by cryptocurrency, and you can buy jewelry, real estate, art, and other big-ticket items that only exist as a unique entity whose sale is minted on a digital ledger. Victoria deep-dives into what NFTs are and how they work, and why high luxury brands are wary of them.

Tiffany & Co. has announced it’s offering diamond engagement rings for men. While the company is not the first to offer men these rings, it joins a trend in the jewelry industry toward gender neutrality. Rob explains how prior to World War II, men did not receive wedding rings at all, so America has come a long way in its jewelry offerings. He also mentions the bittersweet removal of Tiffany’s A3 ad in the New York Times. Victoria and Rob also explore the difference between the diamonds on Tiffany’s men’s and women’s diamond rings.

The Sanctions On Burma

Rob and Victoria wrap up the podcast with a more serious topic: the U.S. sanction on Burmese products. For a long time, Burmese rubies were banned in the United States. Earlier this year, the country underwent a military coup, and now the United States has instituted sanctions against Burmese jade, rubies, and pearls. Some say the original ban wasn’t as effective at hurting the military as the U.S government had planned, but it did largely affect those small artisanal diggers who depend on mining for their livelihood. Rob says not only will all of these sanctions affect the colored stone industry, but they will also bring into question jewelers’ sourcing.