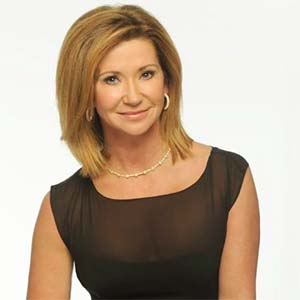 In This Episode
You’ll hear JCK editor-in-chief Victoria Gomelsky and news director Rob Bates talk with Shelia Bayes, CEO and founder of Gem + Jewel and owner of Shelia Bayes Jewelers. They discuss sexism in the jewelry industry, what kind of company Gem + Jewel is, and Shelia’s move into the world of e-commerce.


Show Notes
00:30 Victoria and Rob introduce their guest, Shelia Bayes.
08:45 Shelia recounts sexism she has faced in the jewelry industry, and then tells us about her company’s move.
12:38 Victoria and Rob ask how Shelia has been holding up throughout the pandemic.
17:36 Shelia explains who Gem + Jewel is designed to service.
24:23 E-commerce can be a personalized experience, Shelia says.

Introducing Shelia Bayes
Victoria and Rob start off by talking a little bit about the upcoming JCK Las Vegas show, and then introduce their guest, Shelia Bayes, CEO and founder of Gem + Jewel and owner of Shelia Bayes Jewelers. Shelia started Gem + Jewel 28 years ago but has been involved in the jewelry business since she was 17. She tells the JCK editors about how she got her start in the jewelry business and later survived the 2008 economic crisis.

Facing Industry Sexism, and a Move
Shelia has been working in jewelry since the 1980s; as a woman with her own business, she wasn’t always as accepted or respected as her male colleagues were. She tells a story of a man at a Las Vegas show who asked her where her husband or father was, and shares her feelings about experiencing that act of sexism. Victoria also asks Shelia about her store moving from downtown Lexington, Ky., to a lifestyle center outside of town, and then to an upscale strip mall.

How She’s Managing
Victoria asks Shelia how she’s been managing during the COVID-19 pandemic. Shelia reports that she’s been faring well and has seen a particular rise in the bridal category, from engagement rings to upgrades of stones. She’s had a very diamond-focused year, selling both natural and lab-grown diamonds. And lab-growns have had a particular increase in sales this past year. Shelia also tells us which of the business practices she implemented during the pandemic she’ll continue post-COVID-19, such as emphasizing e-commerce.

Gem + Jewel
Shelia’s company Gem + Jewel was founded to level the playing field for independent retailers. So many independent retailers don’t have the bandwidth or skills to effectively start and run an e-commerce website. Gem + Jewel streamlines the e-commerce process by creating the retailer’s website and having the retailer list its inventory online. Shelia says that Gem + Jewel has just started working with Jewelers Mutual and its Zing platform. Rob then pivots to ask a question about customer acquisition cost, especially on Facebook, and how it affects local jewelers.

E-commerce, Personalized
Rob asks Shelia how independent retailers can still offer customers a personalized experience when they’re buying jewelry online. Shelia says that e-commerce is already tailored to the individual, as everyone wants to shop how they want and when they want. She also mentions that independent retailers can be more versatile than a bigger retailer like Amazon because they can add personal touches. For example, some customers have ordered online but then opted to pick up their jewelry at a physical store in order to have it gift wrapped first.