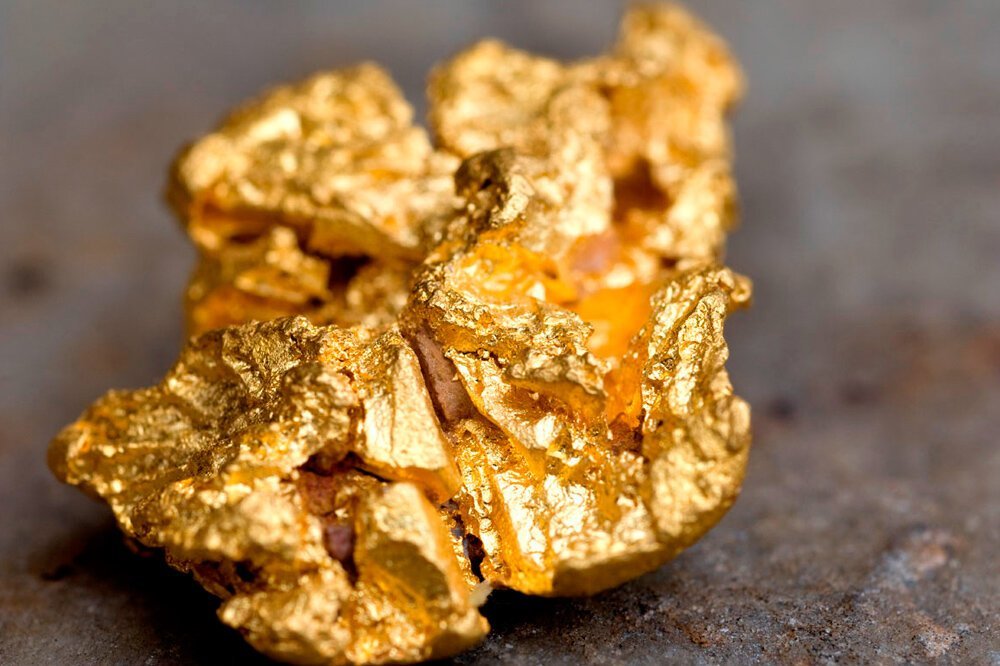 One of the reasons why primitive man drew attention to gold could be that gold is found in nature without impurities, that is, it can be found in the form of small nuggets, without the addition of other metals and minerals. Gold has a yellowish tint, so even in ancient times people tried to get it for making jewelry.

The significance of cognition, when a person realized that gold is very easy to process. It is very easy to turn a gold nugget into a thin plate that can be bent without breaking. That is, already in ancient times, people could give metal any desired shape. For example, at one time, hoops were made from it, which held the hairstyle. From here came the crowns and diadems made of gold.

The reserves of gold in the earth are extremely limited. And people who did not have their own gold began to offer their goods in exchange for gold. So gold became a measure of exchange. Other items were short-lived, and gold lasts a very long time. Gold has also become a measure of the value of a commodity.

After many hundreds of years, money began to be made from gold, which determined the significance and value of this metal.

Gold (English Gold, French Or, German Gold) is one of the seven metals of antiquity. It is generally believed that gold was the first metal that people met in the Stone Age due to its distribution in its native state. The special properties of gold – heaviness, luster, non-oxidation, malleability, ductility – explain why it began to be used from the most ancient times mainly for the manufacture of jewelry and partly for weapons. Gold objects for various purposes were found by archaeologists in cultural layers dating back to the 4th and even the 5th millennium BC. e. , i.e., to the Neolithic era. In the III and II millennia BC. e. gold was already widespread in Egypt, Mesopotamia, India, China, since ancient times it was known as a precious metal to the peoples of the American and European continents. The gold from which the most ancient jewelry is made is unclean, it contains significant admixtures of silver, copper and other metals. Only in the VI century. BC e. almost pure gold appeared in Egypt (99.8%). In the era of the Middle Kingdom, the development of the Nubian gold deposits (Nubia, or Ethiopia of antiquity) began. Hence the ancient Egyptian name for gold – nub (Nub). In Mesopotamia, gold mining on a large scale was carried out already in the II millennium BC. e.

Over millions of years, thousands of tons of gold have accumulated on the surface of our planet, more often in river sands. Especially a lot of it was found in ancient times in Egypt, in the Sinai desert. Pharaoh Menes I in 3400 BC e. has already produced weighed and branded gold bars. However, the legendary Lydian king Croesus, who began in the VI century BC, made this metal a real means of payment. e. mint coins weighing 11 grams from gold placers of the Asia Minor river Paktol. In the IV century BC. e. Alexander the Great, who seized at least 4 thousand tons of gold after the defeat of the Persian state, became the richest man of all times and peoples. Naturally, in the Hellenistic era, the gold staters minted by him with a conqueror profile weighing 7.27 grams became the most reliable money.

Subsequently, they were replaced by the areus of Julius Caesar from gold mined in Spain, Thrace and other countries plundered by the Romans. In the Middle Ages, gold coins were minted almost everywhere. Byzantines – solidus, Arabs – dinars, Florentines – florins, Venetians – ducats and tsequins, French – ecu, English – nobles … But at the beginning of the 16th century, the so-called golden crisis broke out. The reserves of the precious metal, mined in ancient times, were depleted. There were no new deposits. As a result, for a short period of time, silver coins became the main means of payment.