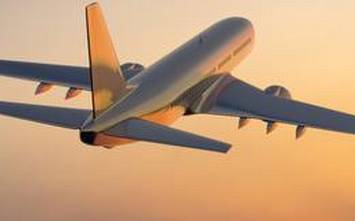 Move has helped airlines curtail costs by 70%, about 20,000 passengers benefitted

Low-cost-carriers GoFirst and SpiceJet have entered into an informal agreement to combine flights in case of lower passenger load factor on flights operated by either airline.

The airlines have agreed to accommodate passengers and charge the airline the band fare for the flight.

According to sources, the agreement has been made to curtail costs and prevent passengers from going through the hassle of flights being cancelled. So far, this move has been able to cut costs by about 70 per cent and benefit at least 20,000 passengers.

Recently, videos of an Indian man went viral in which he was the only passenger on a Dubai-Mumbai Emirates flight which cost him just ₹18,000. However, this must have cost the airline an exorbitant amount, including the landing fees, salaries of the crew, pilots and engineers apart from jet fuel costs.

In pre-Covid times, airlines would have flown the aircraft irrespective of the number of passengers. However, in recent times, both GoFirst and SpiceJet, which are bleeding, have decided to accommodate passengers on each other’s flights if one has a low passenger load.

While a GoFirst spokesperson did not respond to the query, a SpiceJet spokesperson said that it has an Irregular Operations (IROP) agreement with other Indian airlines.

IROP is an agreement between airlines to accommodate passengers in case of a technical glitch or an emergency. However, this move is specifically being made to curtail costs.

For example, a Bombay-Ahmedabad SpiceJet flight had merely 75 passengers on an aircraft which could accommodate close to 250 passengers. SpiceJet would be losing money for not occupying those seats.

“The operational loss has gone down mainly because of cancellations and combining flights. We are also putting our passengers on to GoFirst and vice-versa,” said the first person.

Explaining the modus operandi, a source explained that officials from GoFirst and SpiceJet send their respective passenger list. “If GoFirst is accommodating Spicejet passengers, we reduce our inventory to sell to accommodate SpiceJet passengers. This activity is done one day before departure. So passengers who have originally booked a Spicejet flight will eventually fly in a GoAir flight.”

Not only is it cost effective, but also helps passengers, one of the persons quoted above said. “So far, this move has been able to benefit at least 20,000 passengers of both the airlines,” he added.