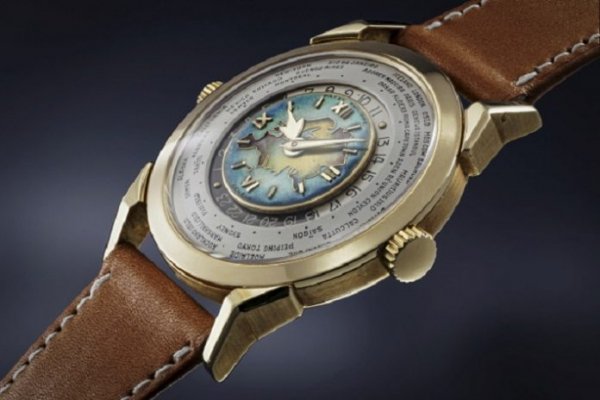 One of the world’s rarest and most sought-after watches, a Patek Philippe Reference 2523 with Eurasian Dial, is to be auctioned. It is valued at over $3.7m.

The newly-discovered timepiece (pictured) is being offered for sale by Phillips, in association with Bacs & Russo, at the Geneva Watch Auction: XIII on 8-9 May. It was recently discovered in an important European collection, said Phillips.

There only two other known examples of the exact model, namely with the European and Asian landmass depicted on the watch’s cloisonnÃ© enamel dial in marine blue, gold, green, and turquoise, rather than North America (five watches) or South America (three watches).

One Eurasian Dial example is in the Patek Philippe museum, the other is privately owned.

The Reference 2523 watch was first launched in 1953 and it is almost 20 years since the last Eurasian Dial was sold at auction.

Aurel Bacs, senior consultant at Bacs & Russo described the watch as “truly the end game for many collectors”.