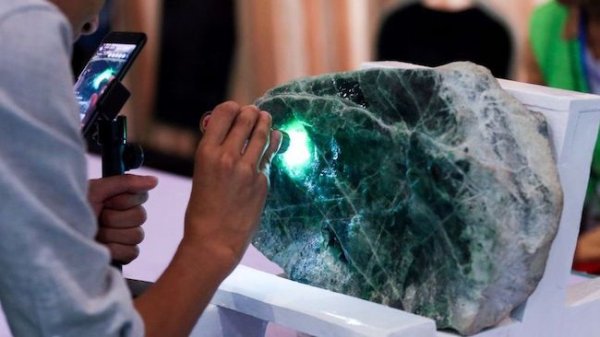 According to a statement from the USDT dated 8 April, the sanctions are designed to target a “key economic resource for [the] Burmese military regime that is violently repressing pro-democracy protests in the country and that is responsible for the ongoing lethal attacks against the people of Burma”.

"[The new restriction] highlights Treasury’s commitment to denying the Burmese military sources of funding, including from key state-owned enterprises throughout Burma"Andrea Gacki, United States Department of the Treasury Office of Foreign Assets Control

MGE is a subdivision of the Myanmar government’s Ministry of Mines, which is “responsible for all functions relating to gemstones” including licensing, regulations, collecting royalties, granting permits to individuals and companies, and organising gemstone sales throughout the year.

The new restrictions prohibit US citizens, US companies, or people within the US from undertaking any form of transaction with MGE; earlier this year, the USDT sanctioned three other companies it said were connected to the Myanmar military – Myanmar Ruby Enterprise, Myanmar Imperial Jade Co., and Cancri (Gems and Jewellery) Co.

“The United States will continue to work tirelessly, including with partners throughout the region and the world, to support the restoration of democracy and rule of law in Burma and to bring accountability to those who seek to undermine these values.”

From 2008 to 2013 the US banned the importation of Myanmar rubies and jade under the Tom Lantos Block Burmese JADE Act; the ban was extended by President Obama to 2016, and separate sanctions were imposed by President Trump two years later.

The coloured gemstone industry plays a key role in Myanmar’s economy, with the country supplying approximately 90 per cent of the world’s rubies and jade; in 2016-17, the Extractive Industries Transparency Initiative estimated that gemstones, pearls, and jade accounted for 13 per cent of the country’s natural resource revenue.

The majority of gemstone recovery is undertaken by small-scale artisanal miners.

While exact figures are unavailable, a 2017 report published by economic group the Association of Southeast Asian Nations (ASEAN) valued the revenue from the thrice-yearly government gemstone auctions at $US3.4 billion ($AU4.4 billion).

In addition, much of the gemstone trade is comprised of clandestine transactions, usually undertaken with Thai or Chinese buyers. At the time of publication, neither Thailand nor China had imposed sanctions on Myanmar.