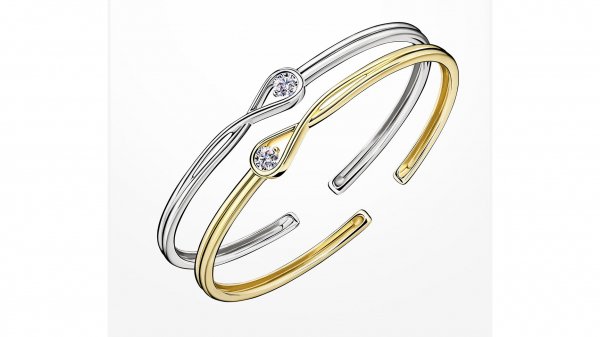 As Pandora moves away from mined diamonds, here’s why the conversation needs to shift from personal preference to consumer education.

Pandora announced last week it would move from natural to lab-grown diamonds, causing a stir in the diamond world. Associate Editor Lenore Fedow delves into the importance of consumer education in the wake of the news. As a newcomer to the jewelry industry, clocking in about two years and change, I’ve found it helpful to sit back and listen to the experts rather than jumping in blindly with an uninformed opinion.

But some things just need to be said, like this: I do not want to hear another word about lab-grown versus natural diamonds.

Not another panel, webinar, think piece, or article. Minus this one, of course.

“That’s a strong take,” you might say. “It’s an important topic that needs to be talked about.”

I offer you a counterpoint. No, it does not. At least, not in the way we’ve been talking about it.

The “which is better” discourse has been run straight into the ground.

Consumers are going to like what they like and jewelers, as retailers, should act accordingly or risk losing customers.

The narrative needs to shift away from preference and a sentimentality for natural gemstones to transparency and consumer education.

If a consumer is presented with all of the facts and chooses a lab-grown diamond, then that’s that.

But if the waters are muddied and consumers are ill-informed about the differences between the two, that’s a problem for the whole industry.

I bring this topic up in the wake of Pandora’s recent announcement it was moving away from natural diamonds to lab-grown diamonds, a move it framed as part of its push for sustainability.

The news, particularly the sustainability angle, ruffled some feathers and had several notable names in the industry talking.

The groups accused Pandora of pushing “potentially false and misleading assertions” that could diminish consumer confidence in natural diamonds.

Pandora did not respond to National Jeweler’s request for comment on the letter.

The letter also stated, “The misleading narrative created by the Pandora announcement implying the natural diamond industry is both less ethical and the impetus behind Pandora’s move to lab-grown diamonds, particularly given the inconsequential amount of diamonds Pandora features in its collections, can have unintended but substantial consequences on communities in developing nations.”

There are a few points worth addressing here.

The impact of this decision will likely be minimal.

As the letter notes, Pandora is not a diamond jewelry company. It sells a small number of products with diamonds, yes, but diamonds are not what you think of when you think of its brand.

Pandora no longer using mined diamonds will not have the effect on the industry, or on demand for diamonds, that the same decision by Tiffany & Co. or Signet Jewelers would.

Also, Pandora is not an industry trendsetter in the way, for example, Signet or De Beers is, so I don’t see other major jewelers following suit.

Whether the effects of this decision will trickle down to the mining communities remains to be seen, but it is a possibility worth considering.

She works with artisanal and small-scale miners, many of whom can provide traceable gold and diamonds, and wondered why Pandora wouldn’t choose to work with them instead of giving up on natural diamonds all together.

“I urge the company, and others considering this type of move, to stop saying it’s about ‘ethics.’ Please consider keeping the door open to worthy programs where you can continue to be a part of this important conversation and promote a better world for all.”

Clarity and transparency are key.

Saying something is ethical or sustainable does not make it so. You need to back it up.

The Federal Trade Commission was clear on this point when it sent letters to several lab-grown diamond companies in April 2019 that had made “unqualified claims” about their diamonds being eco-friendly and sustainable.

You can’t make these claims without having publicly available scientific evidence to support them, particularly if you want to make claims about something being carbon neutral.

Pandora’s new collection, “Pandora Brilliance,” has been certified as a CarbonNeutral product by The Carbon Neutral Protocol, a certification that covers the jewelry as well as packaging and transportation, so I’d say it’s covered that base.

However, to my point about consumers being informed, I don’t know if it’s clear to your average shopper what carbon neutral does—and doesn’t—mean.

I certainly didn’t know before I started covering the jewelry industry, and had to dig a bit into Pandora’s website to find this information.

Carbon neutral doesn’t mean the process of creating a diamond in a lab is more eco-friendly than the mining of a natural diamond. It means the greenhouse gas emissions associated with creating these diamonds are offset by Pandora giving support to a project that reduces carbon emissions or promotes sustainability.

Diamonds, whether natural or lab-grown, both take a toll on the environment, and it’s disingenuous to make a blanket statement that one is inherently “better” than the other for the environment.

It really needs to be looked at on a case-by-case basis, company by company.

That becomes increasingly difficult to do when transparency is lacking.

For all I hear from companies about how traceability and accountability are important, I rarely receive a straightforward answer when I ask companies where their lab-grown diamonds are being produced.

That’s not a knock at Pandora specifically, but a response I’ve gotten from several companies when I’ve inquired about which company is producing their lab-grown diamonds.

I can respect a trade secret, but it doesn’t help your transparency case.

It’s entirely up to the customer.

My overarching point is this: whether a company sells lab-grown or natural diamonds or both, you have to be straight with the consumer and then let them make an informed decision for themselves.

Pandora has been clear on what lab-grown diamonds are, describing them as, “physically, chemically, and optically identical to their mined counterparts but they are created above ground.”

I can sympathize with those saying the way Pandora framed the discussion, the emphasis on sustainability, is misleading, but I would caution against making mountains out of molehills.

The news made it past the trade press, reaching major news outlets and business journals, so I understand the worry about misinformation making its way to consumers.

But I don’t think one news story is going to forever change the way consumers view diamonds, particularly in a 24-hour media environment.

I’ve asked non-industry friends their thoughts on lab-grown diamonds and, for those who even know what I’m talking about, I get a resounding “I don’t know. Maybe I’d buy one.”

Education starts at home or, in the case of the jewelry industry, in the store.

If you want to combat misconceptions about diamonds, natural or lab-grown, talk with your customers.

And, after that, can we talk about something else, please?