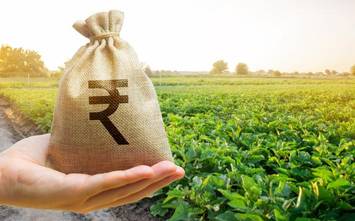 When Suryoday Small Finance Bank came for its initial public offering in March 2021, we had recommended ‘subscribe’ to investors with high risk appetite and a long term perspective. Post listing, the stock has dropped by around 25 per cent from the IPO price. This is following the worsening investor sentiment around micro finance players (due to the lockdown and the Assam MFI Bill) and the below par performance demonstrated by the company in the March 2021 quarter (versus our expectation at the time of IPO).

While the bank witnessed a near hiatus in its disbursements in the first half of FY2021, following the nationwide lockdown, the growth in the second half was not up to the mark either—in FY21 disbursements were down 28 per cent yoy to ₹2,217 crore, despite the bank recording its highest ever disbursements in the March 2021 quarter. With mounting pressures on collection efficiencies and marginal improvement in its NPA numbers, the bank resorted to a cautious stance for most part of the year.

The interest reversals due to NPAs and slower disbursements dragged the net interest income (down 16 per cent yoy in FY21 to ₹410.5 crore) and consequently net profits for FY21 (fell by 89 per cent yoy to ₹11.9 crore).

With 57 per cent of its loan portfolio concentrated in states such as Maharashtra and Tamil Nadu– where local lockdowns currently prevail, we believe risks to persist in the coming couple of quarters as well. With looming risks in the near-to-medium term, immediate re-rating is not likely in the stock, unless the results in the upcoming quarters indicate otherwise. That said, key positives in long term fundamentals, such as its strong capital adequacy (51.5 per cent) and no impending dilution risk on promoter holding (which is a concern for peers such as Ujjivan SFB and Equitas SFB) , continue to remain. We hence recommend a hold on the stock at the current juncture, considering the likely lull in near term growth.

While the reported gross non-performing assets (GNPAs) of the bank were at 9.4 per cent at the end of the March 2021 quarter, it was just a notch above the proforma GNPA numbers reported in December 2020 (9.28 per cent). The dent on asset quality was limited in the last quarter of FY21, with customers constituting about 3.3 per cent of the advances opting for restructuring.

In April 2021, with many states such as Maharashtra opting for sporadic lockdowns, the SFB saw collection efficiency (one EMI adjusted) drop to 82 per cent from 87 per cent in March 2021. With more states entering into lockdowns subsequently, we expect the collection efficiencies to drop further.

Unlike 2020, when the recovery was quite rampant during the unlocking phase, we feel this time around recovery could be more gradual as states are showing plenty of caution in re-opening.The bank may also be cautious towards growing its portfolio amidst such uncertain times.

That said, akin to last year, the RBI’s restructuring norms (which can now be extended to MSME borrowers with maximum overall outstanding borrowings of up to ₹50 crore) could provide succor to the bank’s GNPA. Note that the bank has an outstanding provision coverage ratio of about 63.7 per cent on its existing bad loans.

These near term risks, however, seem priced in the stock of Suryoday SFB. The bank currently trades at about 1.5 times its book value, which is at a significant discount to its peers (that trade at more than 2 times price to book). But immediate upside is unlikely, long-term investors can continue to hold the stock.

Suryoday SFB has continued to exhibit healthy traction in its deposit franchise – overall deposits were up 14 per cent yoy in FY21 to ₹3,256 crore. Retail deposits now constitute about 80 per cent of the bank’s deposits, compared to just 54 per cent in the last year.

With deposits now making up for 48 per cent of the bank’s funds, Suryoday saw a 59 basis points (bps) yoy drop in its cost of funds in FY21, following a 57 bps yoy drop in its cost of deposits. This could aid in margin expansion. That apart, the bank continues to sit on a healthy capital buffer of 51.5 per cent, largely comprising of Tier 1 funds, which could also aid in scripting the growth story for the bank, over the long term.