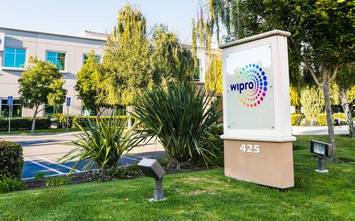 Risk-reward is not attractive at the current levels

In our coverage on Wipro (March 21, 2021) following its acquisition of Capco, we had recommended a ‘hold’ on the stock. Chairman Rishad Premji stated in November last year that one will see a ‘bolder Wipro’ which would not be afraid to upset the apple cart and the IT major began walking the talk with a bold acquisition of UK based IT consulting company – Capco in early March. We highlighted in our call that we were giving a ‘hold’ recommendation as the stock seemed fairly valued at the then price of ₹410 and a 1 year forward PE of 20 times (Bloomberg Consensus). At that level, the risk-reward seemed evenly balanced – rewards in the form of further gains from a successful turnaround after being a laggard among Indian IT majors in the last decade or risk of under performance in case turnaround faced stumbling blocks.

Further, post its results announcement last month, we noted that while the results were good, few more quarters of performance must validate the progress before a re-rating in the stock could be justified. Since our recommendation in March, the stock is up by around 25 per cent, taking its valuation to a 1 year forward PE of 25 times. This is well above its 10 year median PE of around 14.5 times, implying investors may have factored in the turnaround quite significantly. Even considering potential turnaround progress that Wipro can make with its new strategy under new management, its FY20-23 EPS CAGR based on consensus estimates is only around 12 per cent, which reflects only moderate growth. A forward PE of 25 times appears rich in this context. . Further, it is trading almost in line with Infosys which has performed much better than Wipro on multiple metrics including revenue and earnings growth over the last decade – Infosys trades at 1 year forward PE of around 25.5 times.

Risk-reward is not attractive at these levels considering that a structural turnaround is not a short- term process. Competition amongst Tier1 IT services companies in India is intense, and CAPCO acquisition also comes with integration risks. Investors are hence recommended to book profits at current levels and re-enter at lower levels when an opportunity presents. Investors also need to note that 10-year risk free yield in India is at 6 per cent and Wipro earnings yield is at 4 per cent (1/forward PE). They are hence paying a significant premium for a stock with moderate earnings growth at current levels.