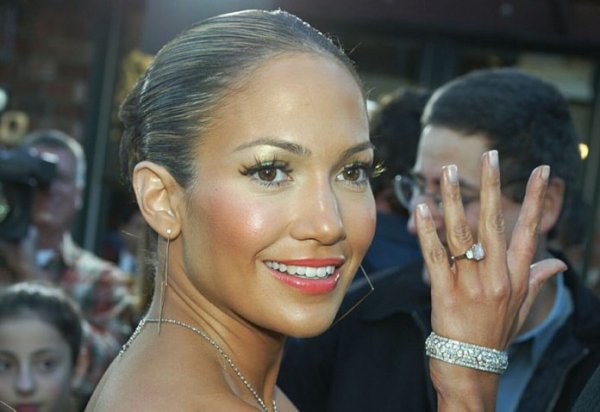 Fine jewellery can sometimes make a good investment, and one certain type of ring is appreciating in value more than others at the moment.

With rumours of Ben Affleck and Jennifer Lopez’s reignited romance circulating, Google searches for pink diamond rings of the kind he once bought her have skyrocketed.

It is reported that the search ‘Ben Affleck and Jennifer Lopez engagement ring’ received 4,460 searches in April, compared to 2,860 in March and 1,540 in February.

However, diamond specialist Steven Stone Jewellers of Manchester and London has claimed that pink diamond rings are growing in value faster than any other kind at the moment.

The ring reportedly cost Affleck £855,000 in 2002, however, now, as pink diamonds have soared in value, Lopez’s ring is worth a lot more than it was then.

Steven Stone’s diamond expert estimates the ring to now be worth as much as £2 million.

Zack Stone said: “There are certain types of diamonds which can make good investments. These include pink diamonds, which are much rarer and generally very expensive, starting from £50,000 to around £10,000,000.

“Pink diamonds have seen the biggest growth in value recently as the Argyle Diamond Mine in Western Australia, the world’s major source for pink and purple stones, closed down at the end of 2020, therefore prices have increased in recent months due to the increased rarity.

“J-Lo’s ring is incredible, there is no doubt about it. The pink radiant cut 6.1ct diamond is paved with white diamonds. As a Harry Winston design, the diamond is likely to be of the highest quality and clarity.

“On today’s market, a ring with a pink diamond like this would be worth an estimated £2.8 million, which is double what it was at the time Ben Affleck purchased it. That’s how much pink and natural coloured diamonds are increasing in value.”