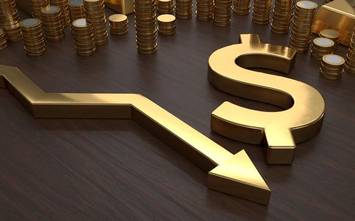 The US dollar index has an important support immediately at 90 and then at 89.40

The US Dollar Index witnessed a sharp fall in the US session on Friday. The trigger for the fall came from the US job numbers released on Friday. The US added just 2,66,000 jobs to its Non-Farm Payroll (NFP) for the month of April. Market was expecting close to 1 million jobs to be added for the month. The previous release for the month of March was also revised lower. Earlier, an increase of 9,16,000 jobs in the NFP was reported for March. This was revised lower to 7,70,000 as per the latest release. The unemployment rate in the US inched up to 6.1 per cent in April, from 6 per cent in the previous month.

The NFP numbers failing to meet the market expectation has triggered a sharp fall in the US dollar. That, in turn, saw the risky assets like the non-dollar currencies, equities, surging higher. The US Dollar Index tumbled to a low of 90.19 after the news release and closed the week at 90.23, down 1.12 per cent for the week.

However, the broader trend remains down and we can expect the Dollar Index to break 89.40 and fall to 88-87 eventually. Whether this fall is going to happen now itself or after some time will have to be seen. As such, the price action at 90 and 89.40 will need a close watch this week.

The Indian rupee (73.5150) opened on a weak note with a wide gap-down on Monday last week. However, the weakness did not sustain and the rupee recovered sharply from the low of 74.32 and had closed at 73.5150 in the spot market on Friday. However, the currency had extended rise in the off-shore market after the weak US jobs data release and is currently at 73.30. The rupee has room to strengthen further towards 73.20 and even 73 earlier next week. The level of 73 is a strong resistance for the rupee. As such we can expect the rupee to weaken again from 73 towards 73.50-73.75, going forward.

The writer is a Chief Research Analyst at Kshitij Consultancy Services