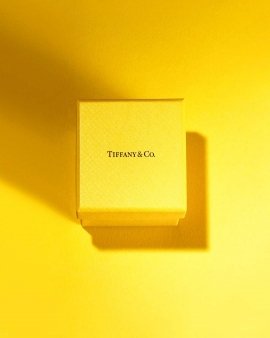 On April first, Tiffany & Co. had us all fooled by introducing their new house color #TiffanyYellow, which garnered nearly half a million likes on Instagram. But was it a prank? Or was it all part of LVMH’s rebranding strategy? A mere month later, Tiffany opened a pop-up store in Beverly Hills with everything — from furniture down to the shopping bags — glazed in a lemon yellow.

The jewelry house, which till date relied on its Robbin Egg Blue trademark color for its brand identity, is going through an LVMH transformation, making the recent overhaul of the shade — into a vibrant yellow for April Fool’s Day — an unexpected jolt. While many believe the classic should remain untouched, Gen Z’s seem to appreciate the new “cool” strategy, making the brand more appealing to a younger demographic.

And who is the brain behind the operation? Some believe Alexandre Arnault, the 28-year-old son of LVMH President Bernard Arnault, is behind the splash. The former CEO of Rimowa was appointed executive vice president of communications and products at Tiffany. Arnault (Alexandre) revealed that after receiving a positive response on social media, the jeweler would swap in that same yellow on select stores across the globe over the coming year. For those concerned about the brand losing its identity, the yellow was also strategic. The Beverly Hills pop-up store features the historic 130-carat Tiffany Yellow Diamond purchased by founder Charles Lewis Tiffany in 1878. The bold lemon-colored pop-up perfectly combines heritage with newness to cater to young spenders.

Tiffany recently joined the LVMH Watches and Jewelry Division, joining Bvlgari, Chaumet, Zenith, and Tag Heuer. When acquiring the brand, LVMH announced its intentions to revamp the 320 Tiffany stores worldwide. In addition, they would add exclusive locations to their portfolio across Asia and Europe. Perhaps this is part of their magic? Since acquiring Bvlgari in 2011, revenue for the Italian jeweler doubled.